In this context, Seung Bum Park, a professor at Seoul National University, Department of Chemistry, aims to shift the current view of first-in-class therapeutics discovery to highlight the importance of finding new modes of action. As of now, he oversees a series of discovery projects for small-molecule therapeutics is working toward making a frameshift to the novel discovery of first-in-class therapeutics with new modes of action. Leveraging his expertise in chemical biology, drug discovery, and molecular diversity, Park works on developing novel therapeutic agents with new modes of action. To deliver novel small-molecule therapeutics under the new CRISPI (Creative, Ready to take risk, Innovative, Self-respect, Passionate, Initiative) paradigm, Park laid the foundation of his startup biotech company, SPARK BIOPHARMA. As a pharmacology, chemistry, and proteomics-focused research organization, the company was founded to provide a new solution for enhancing human health by transferring the revolutionary technology platform established at Seoul National University’s CRI centre for Chemical Proteomics to the real-world drug discovery process.

The Seamless Transition of Phenotypic Discovery to Novel Drug

With its three platforms, SPARK BIOPHARMA aims to make a frameshift for the novel discovery of first-in-class therapeutics with new mode of actions.

By beefing up the phenotypic drug discovery more efficient with core platform technologies, SPARK BIOPHARMA is able to produce revolutionary drugs with new mechanism of action

“Technologies developed for first-in-class drugs stopped at the thesis as they could not be commercialized. With our drug development platform, we want to make innovative new drugs that are beneficial to the lives and health of patients,” says Park.

The first developed drug development platform, pDOS, is a drug candidate design technology that creates a drug-like small-molecule library that pursues diversity resembling bioactive natural products. This is a synthetic method that can efficiently create with various central skeletons. The basis for discovering new physiologically active substances through selective interaction with biopolymers such as proteins and DNA/RNA. SPARK BIOPHARMA uses the ‘reverse idea’ method to screen a variety of disease-related characteristics. It’s a technique for unique active substances and target proteins. The molecular diversity generated from pDOS helps narrow down which molecules are responsible for modulating the disease-associated phenotypes via various screenings.

For effective drug discovery, disease-related phenotype-based screening must be appropriately constructed. To that end, Park has devised Seoul-Fluor, a one-of-a-kind organic fluorescence probe that can detect biological changes in cells without requiring genetic alteration. This kind of reporter can track disease-related phenotypic changes in cells or living organisms making the discovery of new drugs easier.

Through the cell-based screening system that can derive drugs with new mechanisms, it is possible to create an intracellular environment similar to a disease and monitor changes in cells in real-time, thereby verifying the effects of drugs on various diseases. Through phenotype-based screening, new candidate substances can be found, and drug efficacy can be confirmed. However, unless the mechanism of action of the substance is identified, new drug development is impossible. SPARK BIOPHARMA has established FITGE, a new technology that can identify drug target proteins approach for target deconvolution. A bioactive compound can covalently bind to the target protein, owing to a chemically linked reactive moiety. A fluorescent moiety added to the drug-target combination can visualize this binding event. As a result, ttarget binding by the compound can be observed in cells with a functional signaling network. After separation using 2D gel electrophoresis and LC-MS analysis, the covalently modified proteins detected.

SPARK BIOPHARMA’s innovation lab is driven by a team of 30 active scientist or so, including CEO Park and immunology expert Dr Youngil Choi. In addition, a group of 20 PhD students from Seoul National University’s Creative Research Center of Chemical Proteomics strives to control intracellular phenomena, determine mechanisms of action, and develop active compounds based on chemical biology research. Six R&D pipelines were built using SPARK BIOPHARMA’s three platforms, including low-molecular compound-based immunotherapy, non-alcoholic fatty liver (NASH) treatment, and central nervous system (CNS)-related disease treatment.
Building an R&D pipeline based on low molecular weight compounds within a systematic research organization is one of the main missions SPARK BIOPHARMA. Park seeks to start clinical trials relating to immuno-oncology drugs through the company’s innovative drug pipeline. In fact, antibody-based immune checkpoint inhibitors (ICIs) revolutionized anticancer therapy with excellent safety, and stand straight as. Although immune checkpoint inhibitors were prescribed for more than 40 percent of cancer patients, there still seems to be a limitation as ICIs are only effective to 20 per cent of the treated patients. This is due to person-to-person variability in the tumor microenvironment and the lack of T-cells. The company aims to implement a strategy to expand the immune-oncology market of ICIs by modulating the tumor microenvironment with novel small molecules.

In this context, SPARK BIOPHARMA aims to start phase Ia clinical trials for SBP-101 in Korea early next year and start phase Ib clinical trials in the US towards the end of 2022. SBP-101 is a strategy to modulate the activated myeloid-derived suppressor cells (MDSC) via specific inhibition of high mobility group box1 (HMGB1). SPARK BIOPHARMA also has a series of immune-oncology pipelines including SBP-102, an approach to restore the function of dendritic cells, which have lost the ability to activate T cells in the tumour microenvironment, and SBP- 103 that helps T-cells to enter the tumour microenvironment to restore immune response against tumor tissue. SBP-105 inhibits protein degradation of STimulator of INterferon Genes (STING), resulting in enhanced immune responses together with STING agonist as well as other Immuno-Oncology drugs.

In addition, SPARK BIOPHARMA has also initiated research activities related to inflammatory diseases for NASH and COVID-19 treatment. Regarding NASH, many domestic and foreign pharmaceutical companies are developing treatments, but no substance precisely precisely targets the disease-causing factors so far. “OCA (obeticholic acid), which showed the best effect among NASH treatments, entered phase 3 trials, but the clinical trial has been suspended due to adverse effects such as severe itching. We are developing SBP-302 that has a synergistic effect when combined with OCA that manifests in the reduction of inflammatory fibrosis and, probably, OCA-mediated adverse effects. We believe that SBP-302 will be a new therapeutic option for NASH patients,” says Park. Here, the company plans on starting the first phase of clinical trials shortly.

Park also expresses his opinion on the active role of Government in the pharmaceutical industry. He says, “As the size of the biotechnology and pharmaceutical industries grows, the demand for experienced researchers is soaring. The government should take action to encourage people to gather more experience in drug research and development in order to foster an environment conducive to practical education and research.”

Description
As a pharmacology, chemistry, and proteomics-focused research organization, the company was founded to provide a new solution for enhancing human health by transferring the revolutionary technology platform established at Seoul National University’s CRI centre for Chemical Proteomics to the real-world drug discovery process. The company leverages three technology platforms developed by CEO Park to address the hurdles and produce novel medications based on low molecular weight molecules. These include ‘pDOS,’ which increases molecular diversity, ‘Seoul-Flour,’ a fluorescent probe technique that detects phenotypic alterations selectively, and ‘FITGE,’ a technology that identifies target proteins to reveal the mechanism of action of new drug candidates 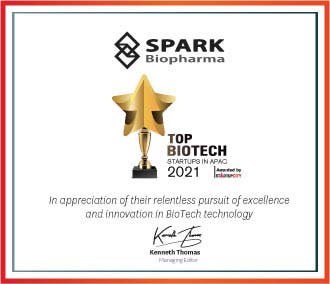