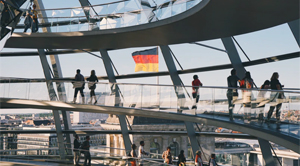 Fremont, CA: Germany has been gaining popularity for its rising startup ecosystem. It has already made a mark with its number of global success stories, including Zalando, Flixbus, SoundCloud, and HelloFresh. In 2019, EY reported that Germany’s top 100 startups received a total of $11.1 billion in funding, a noticeable increase from the $6.3 billion reached in 2018. While the pandemic has affected the growth of startup ecosystems across the globe, the startup scene in Germany is expected to see rapid growth, from the creation of venture capital firms and new accelerators to multi-million euro funding rounds.

When one Looks across the world, France has Paris, UK has London, and the Netherlands has Amsterdam. But, the truly unique thing about Germany is that this country is made up of multiple Digital Hubs.

While Munich and Berlin still dominate in terms of startup activity, twelve smaller but burgeoning Digital Hubs have risen across the country. From Future Industries-centric Stuttgart to Logistics-centered Hamburg, each hub is special for a different area of tech-based on its industry players, local resources, and specialized talent.

The major advantage here is that one does not have to be in Munich or Berlin to make it. Depending on the industry, smaller cities such as Dortmund or Leipzig with lower rents, access to specialized talent, as well as research institutes could even be a better option. The rapid growth of these specialized hubs is also helping attract international VCs looking for specific profiles.

A significant example of a startup that has benefited from this is Wandelbots, a Dresden-based company that innovated a tracing pen that enables operators to easily train as well as program industrial robots without the requirement for technical expertise. The company was recently capable of closing a $30 million Series B funding round from major international investors despite the downturn in international startup investment.

The Metaverse is attracting businesses.

Fintech Is the Most Popular Sector In the Sydney Startup Ecosystem