Bertie Stephens, CEO
On December 12, 2015, leaders of 197 countries attended the Paris Climate Agreement Summit to take actions against global warming. It was one of the most important and ambitious global climate meetings ever held, with the sole objective of forming a binding and universal agreement to limit greenhouse gas emissions around the world. Fast forward to 2020, and the question continues to loom: Are we doing the best we can to meet the objectives of the summit and control climate change?

In addition, the rise in the world’s plastic waste output is causing significant damage to the natural environment as we know it. Whilst plastic itself has played a critical part in protecting health workers during the pandemic, the significant increase in poorly managed plastic-waste is expediting the environmental crisis. According to Goldman Sachs’ data, every year 320 million tons of plastics are produced, with 280 million tons of plastics (over 85 percent) unable to be recycled or repurposed. These plastics either find their way into landfill, clog the soil porosity, pollute our oceans, or are sent for incineration, which perpetuates carbon emissions; these emissions are in addition to the carbon footprint from the ever-growing fossil fuel market. For example, for every barrel of fossil fuel produced and used, 412kg of CO2e (CO2 equivalent emissions) are released into the atmosphere, a key concern from the aforementioned Paris Summit.

If we are to build a better tomorrow, everyone needs to make incremental changes in their day to day processes. But how can corporates and governments take significant steps towards that and lead this change?

Like an alchemist of nature, Clean Planet Energy (CPE) is able to process our non-recyclable waste plastic and convert it into an ultra-clean fuel. Through its ingenious—ecoPlant solution, CPE has developed a miracle cure to rid the planet of the discarded, non-recyclable plastic that would otherwise be contaminating our oceans, soil, and air. The company is opening our eyes to both the detrimental effects of carbon emissions and the plastic waste crisis.

Without a doubt, CPE is a vital piece in the jigsaw puzzle of various incredible companies working together towards a sustainable future. According to Bertie Stephens, the CEO of CPE, “Business has lost focus of what really matters to the people — a sustainable natural world.” He believes that the global economy needs to transition into a Clean Planet Economy, which provides not one, but two ROIs for investors: Monetary and Environmental benefits. With the Clean Planet Economy, companies & authorities will be judged not just on their economic strength but also their environmental benefits.

CPE aims to drive this change with its flagship, state-of- the-art technological solutions, which will facilitate the conversion of non-recyclable waste plastics into premium ultra-clean fuels of high value, where value is identified as both monetary and sustainability. This will not only improve the economic benefits significantly but also align the circular economy and 3R (Reduce, Reuse, and Recycle) loop closer to perfection. 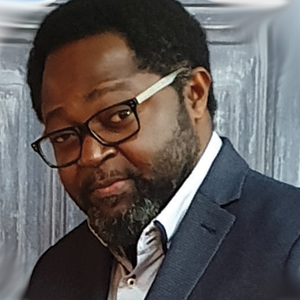 Dr. Andrew Odjo, CTO and Head of Engineering
The core business focus of CPE is to build multiple Clean Planet ecoPlants across the world where plastic waste is prevalent. “The ecoPlants convert tens of thousands of metric tons of non-recyclable waste plastic into ultra-clean fuel every year,” explains Dr. Andrew Odjo, the CTO and head of engineering at CPE. Plastic waste is highly prevalent, but it is not concentrated to one place. Thus, to avoid the transportation of plastics in a non-environmentally friendly manner, CPE has designed its ecoPlants to be suitable for all types of locations, be it medium/ large towns or smaller villages.

CPE’s ecoPlants leverage an ecofriendly thermo- catalytic pyrolysis process. The feedstock (plastic waste) comes from various sources, including municipal councils, superstores, NGOs, and so on. The non-recyclable waste plastic is then fed into the ecoPlant system. It goes to a reactor, where low temperature and pressure (800-degreeF/500-degreeC) pyrolysis reaction occurs, with the absence of oxygen. The plastics transition from solid to liquid to gas and back to liquid all without the need for incineration. The liquid is filtrated and condensed into a mixed fuel, whereas gas (containing ethane, methane, and propane) is sent back to the generator to power the ecoPlant, making the entire process selfsufficient. The mixed fuel (low value) can be directly used in heavy machinery. However, at CPE, the low-value fuel is further processed through a state-of-theart, patent-pending, upgrading process system, where it undergoes distillation among other processes, and is converted into an ultra-clean fuel with 75 percent lower CO2 emission lifecycle than fossil fuels, while also eliminating SOx and NOx pollutants – the major causes of early deaths according to the UKs National Health Service (NHS). Thus, for every ton of plastic waste, the ecoPlant generates ultra-clean fuel to be used in heavy machinery, marine vessels, and even providing an ultra-clean aviation fuel. In addition, the ecoPlants produce a solid residue to be used as a heating source similar to coal, and a combustible gas to be used as a power source for the ecoPlants.


Elaborating further on the functionality of ecoPlants, Dr.Odjo makes light a recent activity where CPE is working with a local council that are facing problems with plastic from agriculture. The plastic used for agricultural purposes cannot be mechanically recycled. CPE’s robust ecoPlant can seamlessly separate the non-plastic components from the feedstock and successfully convert it into ultra-clean fuel, which, in turn, can be used to power agricultural equipment. “The local infrastructure can run greener and cleaner, reducing CO2, NOx, and SOx emissions in the region,” comments Dr.Odjo. Thus, CPE can help local authorities create a circular lifecycle, and meet key sustainability targets.

Laying the Foundation for a Better Tomorrow

Considering its tremendous strides towards a cleaner planet, there is little doubt that CPE is an indispensable boon to the entire world.

By seeking collaborations with councils and local authorities who are pushing a green agenda, the company will provide an ultra-clean premium fuel and waste-recycling solutions that will significantly increase green jobs and a localized Clean Planet Economy.

Leading by example, CPE is going beyond its revenue- generating workflows to inspire the general populace too. CPE are launching a Foundation for projects that will educate everyone with regards to the plastic and climate crisis. The company is also spearheading a nature film series, which aims to instil an environment-first attitude among the younger generations. CPE also recently announced the winners (chosen from over 40,000 families in the UK) of its competition, who will be the voices of its new animation short-film series, ‘Energy of Change.’ The series will inform and engage people of all ages as to how their lifestyles can impact nature. “We are all in this together, and each of us has a responsibility towards the younger generations. We believe, Everyone Deserves Better.” concludes Stephens.

Description
Clean Planet Energy (CPE) is a fast-rising company that delivers robustecoPlants designed to convert non-recyclable waste plastic into ultra-clean fuel.The core business focus of CPE is to build multiple ecoPlants across the UK, Europe, and the wider MENA region. To avoid the transportation of plastic in a non-environmentally friendly manner, CPE has designed its ecoPlants to be suitable for all types of locations, be it medium/large towns or small villages. CPE’s ecoPlants leverages an eco-friendly thermo-catalytic pyrolysis process. The feedstock (plastic waste) comes from various sources, including municipal councils, superstores, NGOs, and so on. The non-recyclable waste plastic is then fed into the ecoPlant system 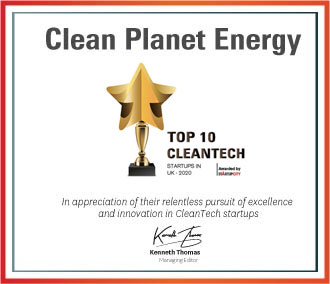 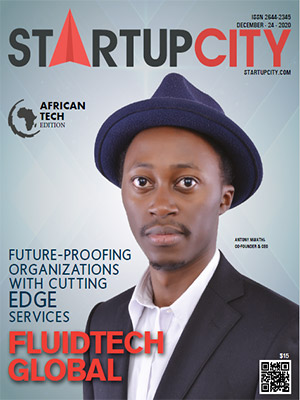 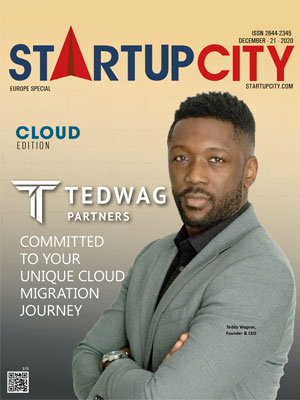