3D facial recognition has disrupted the retail markets of Asia. It has gained a substantial value at the checkout kiosks and has proven to be the 'IT' technology at present. But, due to concerns of privacy, it has yet to make a mark in several other countries.

FREMONT, CA: The latest innovations in 3D technology have transformed the dynamics of consumer-retail interactions. Today, 3D imaging has become  omnipresent in all sub-sectors of the field, from inventory robots to customer research, sales information displays to virtual fitting rooms, and even store security.

It is creating a future for retail that is more profitable and efficient. At present, the highly accurate 3D cameras that are about the size of an AA battery are used to identify objects, surroundings, and people instantly.

3D cameras, when paired with other devices, are used to create newer virtual sales experiences. In addition to this, machine integration can also be incorporated as the 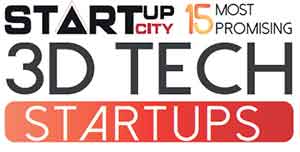 setup costs even lesser than an excellent digital 2D camera. The most ubiquitous use for 3D in retail is at the checkout counter. Kiosks with 3D facial authentication are making transactions more secure and fast. They not only enhance loyalty programs but also help in complying with regulations and local ordinances.

In any transactional environment, security takes the top place, and the depth-sensing cameras are the ones for the job—delivering commercial-grade security with a mere map of a human face.

Myriad studies have shown that the functionality of facial recognition stems from the natural movement of one's interactions with the device. Fingerprints, passwords, and other forms of identification require customer actions, and it impossible to remember. But, facial recognition is precise, quick, and tamper-proof. Moreover, it enables customers to leave their credit cards and smartphones alone.

Facial recognition with 3D cameras breaks through the collection of several data points when compared to fingerprint scanning. It provides a much higher level of security than keypad entry and depth perception. 3D cameras can precisely capture the geometric information and contours of the users' faces without being affected by the lighting, color, or the necessity of a traditional RGB camera. The facial data is stored as an encrypted mathematical model and is matched to the specific user's payment account, guaranteeing maximum protection of privacy.

3D facial recognition is increasingly being deployed all around the world as its usability in self-serve POS Kiosk systems is undeniable. It is more so than not, becoming a norm in China. This is mainly fuelled by the Alibaba's Alipay system and has worked its way into the solutions list from several other vendors. Despite the regular use of facial recognition in Asia, many other countries, including the United States, have expressed concerns of privacy, which in turn slows down the deployment of the technology. Even though it has brought a smile to merchants' faces in China, it is yet, to humor the American shoppers.

Despite a Myriad of Challenges, Israel's Economy Recovers

The deployment of clean technology manufacturing projects and deep...

K-startups were awarded at the Consumer Electronics Show (CES) 2022